Olympia 2 is the society of Olympia Group that continues with the line of bargain that established his founder, Ricard Quera Cullell, the year 1948: the sale and the distribution of refills and accessories of motorcycle and bicycle, and the sale of bicycles. It was constituted on market the 1988 when, for strategic reasons, Establishments Olympia decided to differentiate clearly what at that moment was his principal commercial activities, on the one hand the sector of the automotion and for the other other the of the motorbike and the bicycle.

Olympia 2 is the company of the Group that coats a bigger area of territory. It develops his activity at the regions gironines, the Maresme, the Vallès Oriental, Osona and the Balearic Islands. The venue situated among the number 11 of Lourdes’s street and the number 12 of the street Figueres’s Hope was the headquarters of Olympia 2 until the 31 of May of the 2002 inaugurated a new warehouse of 1000 metres squared of surface at the street George Stephenson of the polygon Mas Xirgu of Girona, with the clear aim to augment the level of quality of the service posing at willingness of his customers two points of distribution and sale, and magnifying notably his logistic capacity. It is member founder of Motorbike Grupo Europa, the principal group of purchases of refill of motorbike at the Spanish state.

His principal lines of bargain are: 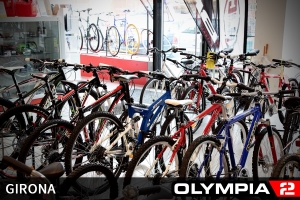 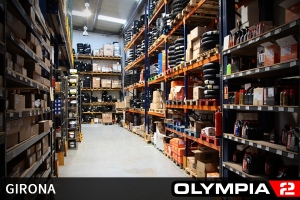 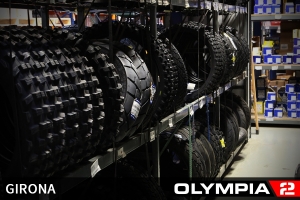